Brought in by a well known custom bike builder we were contracted to develop and produce a completely custom front end for their 2012 Harley Davidson Street Glide Build. Along with the custom front end we also built a set of Kawasaki 636 headlights and modified various other pieces of the bike for the build. The bike came to us modified and rolling with the new 30" front wheel. Soon after we received the bike the cutting began. Modifying the body panels to adapt the new neck and wheel while keeping clean, tight body lines and a perfect line of slight. A plug was produced to began the molding process. Once the mold was produced, we layer our composites and the outcome was a finished, one off, nose. Then came the challenge of the custom 636 lights which we drew inspiration from late model Audis. Custom milled amber diffusers were placed inside the headlight to replace the factory turn signals. Hids, and leds lighting was added along with custom painted to match inserts. We finished off the headlights with a custom wiring harness that allowed all components of the headlights to turn off when then turn signal was activated. 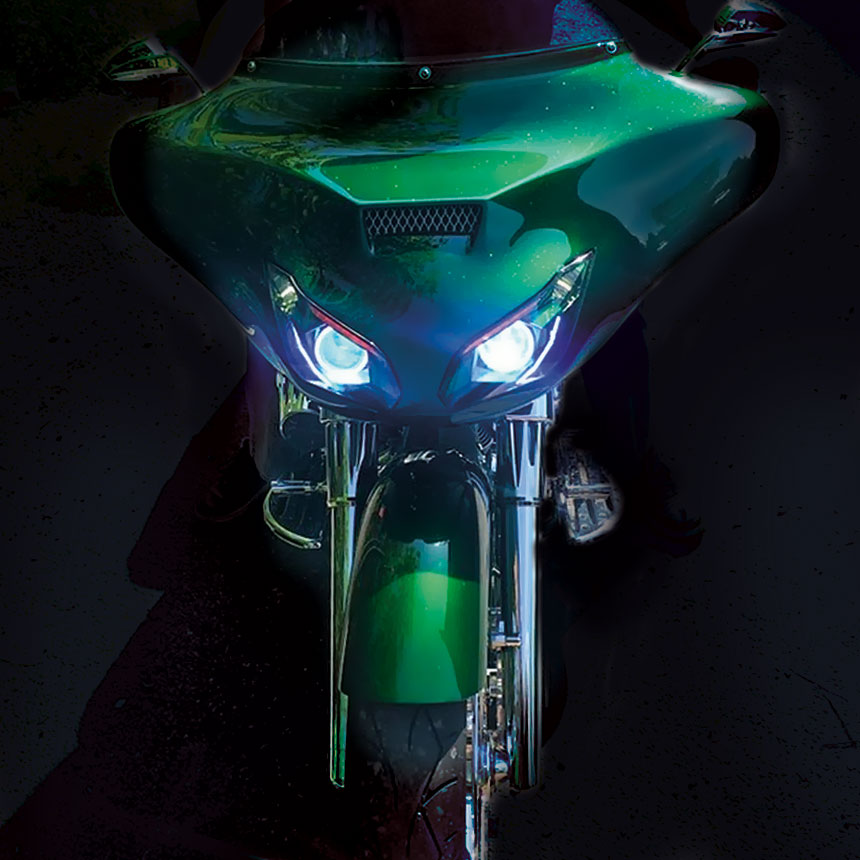 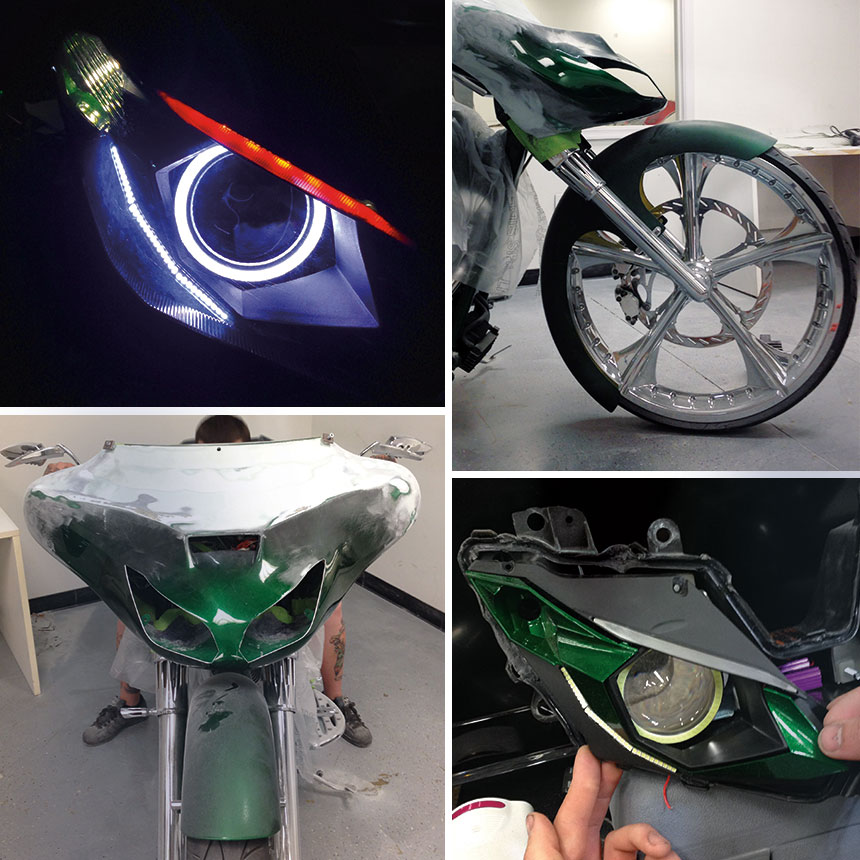